Ormen Lange is the second-largest gas field in Norway and has been in production since 2007. The operation is expected to last for four weeks and will produce measurements of water depth and gravitational field at the seabed above the gas reservoir.

For this survey, OCTIO will utilize the new gWatch technology, introduced in 2018. gWatch features more efficient operation, lower costs and a largely improved sensitivity when compared with traditional gravimetry instrumentation.

At Ormen Lange, gravimetry and 4D seismic are combined to provide a robust and complete understanding of the reservoir, and hence to ensure optimal management of natural resources. Gravimetry and subsidence surveys are significantly less expensive than 4D seismic, and the monitoring strategy at Ormen Lange combines two-yearly monitoring with gWatch with less frequent 4D seismic acquisitions.

“It is a challenging time for the industry, but low oil prices can make an even better case for cost-efficient monitoring technologies like gWatch” said Leon Løvheim, OCTIO’s CEO. He added: “Gravimetry is a mature technology, and in some fields, it is the only geophysical monitoring tool utilized, completely removing the need for more costly 4D seismic”.

The Ormen Lange asset is maturing the concept for installing a subsea compression system to further enhance the recovery rates. The gravity and subsidence dataset acquired in 2020 will provide a critical baseline measurement, and the comparison with future gravimetry campaign datasets will provide a valuable insight into reservoir monitoring with compression system and potential to further enhance recovery rates.

The Siem Pride vessel, operated by Siem Offshore, will be utilized for the survey. The gWatch instrumentation will be deployed consecutively on a total of 120 subsea measurement locations, by means of a remotely operated vehicle (ROV) supplied by IKM Subsea.

License partner companies at the Ormen Lange field are A/S Norske Shell (operator), Petoro AS, Equinor Energy AS, INEOS E&P Norge AS and Vår Energy AS.

Figure caption: The ROV holding the gWatch instrumentation, ready for immersion during the Ormen Lange gravimetry survey in 2018. 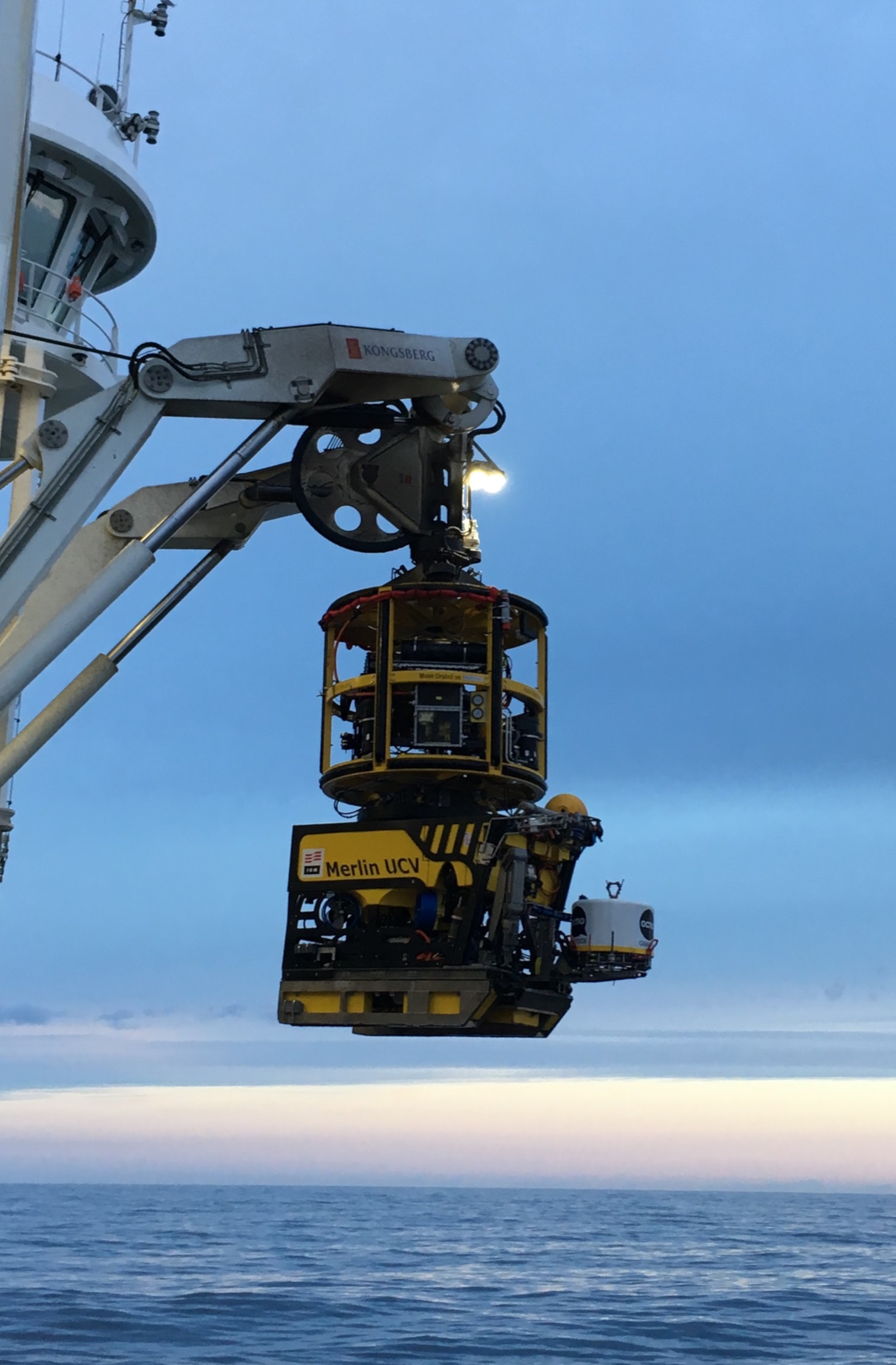