OCTIO has recently kicked off the offshore surveys that will acquire seabed gravity and subsidence data over the Midgard and Aasta Hansteen fields. The operation started July 1st, with the mobilization of OCTIO’s equipment on the Subsea Havila vessel in Haugesund (Norway), and is expected to last for three weeks.

At Aasta Hansteen, gravimetry and subsidence measurements shall provide increased understanding of the reservoir, especially more insight about water inflow to the gas reservoir from surrounding aquifers. Typically, this information is used to update the reservoir model and thereby optimize production and prolong field lifetime.

OCTIO gWatch instrumentation features industry-leading sensitivity and can detect changes in the gravitational field at the seabed at the level of one part in 1,000,000,000.  Such high precision allows gWatch to sense changes in fluid concentrations and properties within the reservoirs.

This year’s OCTIO campaign at the Norwegian Sea will span three fields in total, as the Shell-operated Ormen Lange will be surveyed later in the summer, in an independent operation.

License partner companies at the Midgard field are Petoro AS, Equinor Energy AS (operator), Vår Energy AS, Total E&P Norge AS.

License partner companies at the Aasta Hansteen field are Equinor Energy AS (operator), Wintershall Dea Norge AS, OMV (Norge) AS, ConocoPhillips Skandinavia AS. 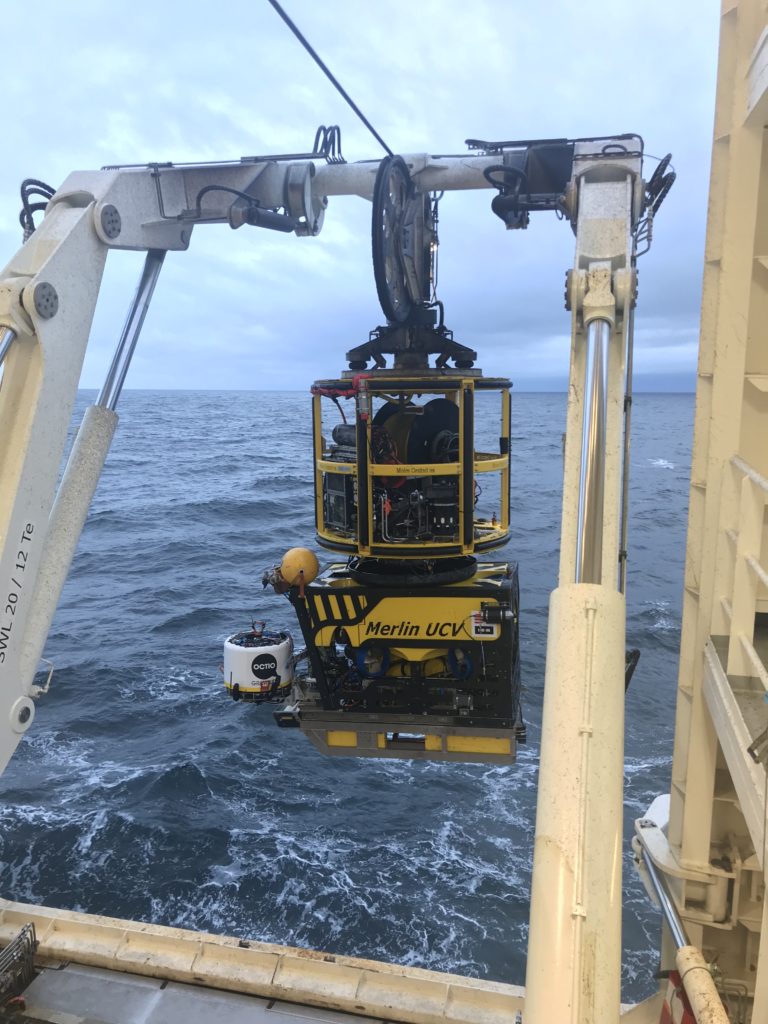 The ROV holding the gWatch sensor frame, during a transit between measurement locations in Aasta Hansteen in 2018.